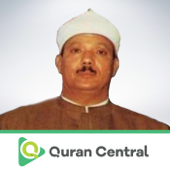 Qari Abdul-Basit ‘Abdus-Samad (1927–1988), or simpler known as Abdul Basit was a renowned Qari (reciter of the Quran). As such, many modern reciters try to imitate his style. Abdul Basit had won three world Qirat competitions in the early 1970s. Abdul Basit was one of the first huffaz to make commercial recordings of his recitations, and the first president of the Reciters' Union in Egypt. Abdul Basit is best known for his recitation of sura al-Fatiha, the first chapter of the Qur'an, which is a key sura (chapter) in the five daily Islamic canonical prayers.