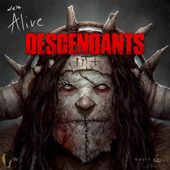 Listen to the entire epic series, which follows Survivors in Los Angeles after the world has been turned upside down.  It begins with “A Story of Survival” which spans from Chapters 1-48. Our survivors band together, fortify a safe haven known as the Tower, and discover that the Infected are far from the biggest threat they will have to face. The adventure continues with two mini-series: “Lockdown” - A small group of inmates and prison guards are trapped in the T-block at Twin Towers Jail. They are forced to work together and find a way to escape while the rest of the world ends around them. “Goldrush” - Set 17 years after the main events of “A Story of Survival”, this is a recollection story that describes the efforts of the four Soldiers as they attempt a side mission to retrieve a suspected stash of gold bullion. Our newest season is “We’re Alive: Descendants”: The story of survival continues; the fight is not over. 18 years after the Outbreak, the world is starting to re-organize and rebuild, but many different forms of humanity are still struggling to survive in the aftermath. Nicholas Tink grew up in the shadow of his father- the late, great, Saul Tink. Little does he know that deep in the places where infected dwell, another descendant lies waiting.  See acast.com/privacy for privacy and opt-out information.