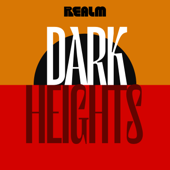 A small California town—and three people within it—become the targets of an ancient evil. Tess Bellamy’s return home is anything but triumphant. She’s decided Hollywood isn’t for her, resigned to a normal life of caring for her ailing mother. Linna Severand would be a powerful sorceress...if she could escape her family’s mansion, and usurp their control of her magic. Gabriel Majeaux once tried to save the world from evil. Now he’s the last of his kind, moving from place to place to avoid detection.  After a series of horrifying events, their lives collide...and if they aren’t prepared, it’s unlikely they’ll survive.  Dark Heights is a Realm production created and written by C.D. Miller. Listen Away.