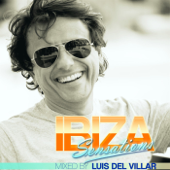 Luis del Villar is one of Barcelona and Ibiza’s musical gems. With over 30 years in the music business, the producer and DJ began spinning in various clubs around Barcelona in 1985. From 2013 to 2018 Luis hosted the Ibiza Sensations party at O Beach Ibiza in Sant Antoni de Portmany, and plays at some special events in the isle. During the winter season he is resident at the famous W Hotel Barcelona. Now playing all around the world in the most exclusive clubs and private parties thanks to his global known podcast Ibiza Sensations. His sessions has more than 40 million downloads since 2010, making him the most listened spanish dj in the world and considered a “must see” Dj in the international scene with his silky and sophisticated sound of luxury. He also played at Tomorrowland festival in Belgium at the 2015, 2016 and 2017 editions.