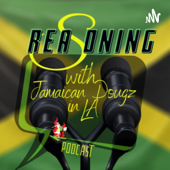 As a Jamaican national, when you REASON, you engage in deep discussions. The process is intense, meditative, and often unfiltered. Jamaican Dougz (moniker for Damian), one of the creators of myKEEtv Los Angeles, is gifted with the ability to engage you in such deep discussions. You will be engaged and entertained with him as the host of this new myKEEtv podcast. Damian hails from Trelawny, Jamaica and resided in Kingston prior to landing in Los Angeles. He is college-educated and street smart. He is an entrepreneur, an award-wining former financial executive and is the perfect combination.