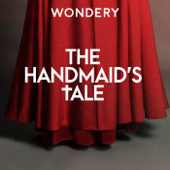 Award-winning audio producer John Scott Dryden brings you into a dystopian future, in which the birth rate has plummeted and the United States has become a theocracy called Gilead. Women who are capable of childbirth are pulled out of society and trained as handmaids, then assigned to men for the sole purpose of procreation. From the same source material as the critically acclaimed Hulu series, this six part series of “The Handmaid’s Tale” is audio fiction at its finest.  Listen to new episodes of The Handmaid's Tale early and ad-free by joining Wondery Plus in the Wondery App: https://wondery.app.link/thehandmaidstale