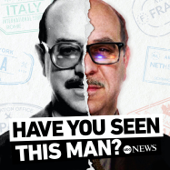 Have You Seen This Man? - ABC News

John Ruffo engineered one of the most outlandish frauds in American history -- a $350 million swindle. But even after his arrest, no one really knew Ruffo. When the unassuming Brooklyn computer salesman pleaded guilty in 1998 and received a 17-year prison sentence, his story was just beginning. He turned in his ankle monitor, made a final stop at an ATM, drove to JFK Airport and vanished. In Season 2, the ABC News investigative unit joins the U.S. Marshals cold-case fugitive manhunt for Ruffo as they span the globe and uncover surprising details about his cloak-and-dagger past. The final clue may come from listeners who will once again be asked, Have You Seen This Man?