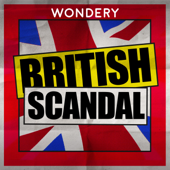 In a country obsessed with gossip, the great and the good fear one thing more than any other - scandal. British scandals change the course of history. They bring down governments, overthrow the rich and cause the mighty to fall. Some are about sex, others about money. In the end, they’re all about power.  But often at the heart of a scandal, there are ordinary human stories, stories of those caught up in the swirl of outrage.  Who was really to blame for what happened? Why did they do it? And when all is said and done, did anything really change?    From the creators of Business Wars, American Scandal and Even The Rich, comes British Scandal. We tell the stories of the murkier side of the British elite, from Phone Hacking to Saville to Profumo who show us the reality of power, the price of pride and the failings of the great and good. Because sometimes the truth doesn’t set everyone free…