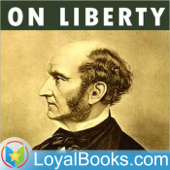 Published in 1859, On Liberty is a libertarian philosophical work by English philosopher John Stuart Mill that endorses his view on the importance of individuality for the constant progression and improvement of society. The work also supports economic and moral freedom, and openly criticizes the influence of social authority that in one way or another imposes a predefined set of acceptable attitudes and opinions. Highlighting issues including the incongruity between authority and liberty, the oppressive requisites of society, self-regarding conduct, education, and religious influence, Mill effectively proposes the means to preserve the rights of the individual, while at the same time appealing for the restriction of government coercion. Dividing his philosophy in five chapters, Mill delivers his view on liberty through a utilitarian approach and accordingly depicts an overview of the concept of liberty. Consequently, he evaluates the significance of liberty to both individual and state. The piece opens with a description of the conflict between authority and individual freedom, as Mill reports the oppression of the government which restricts the right of free expression. According to Mill, the power of the state should be dependent on the liberty of its citizens, because it is they who essentially put them in such an influential position. Subsequently, he distinguishes between two types of oppression, government tyranny and the tyranny of the majority. Though disapproving of both, he considers the latter to be more destructive, as it is easier to stand against political beliefs than it is to defy the prevailing mindset and opinions of the social majority. In addition, Mill points out the benefits of having contrasting perspectives and opinions, and the importance of exercising one’s basic right to liberty. Furthermore, he prescribes the adequate level of interference from authority, and eventually exemplifies the proficiency of his theory. Nevertheless, an enduring piece of philosophy, whose concepts can be studied, analyzed and put into practice, as they are relevant even more so in present societies. Although the treatise has received its fair amount of criticism for its encouragement to rebel against conformity, On Liberty is still highly valuable for its evaluation of the nature of liberty and its position in a democratic society. Moreover, the work is an essential element for those interested in learning more about the principles of government, political philosophy, political science, and the importance of liberty itself.